A little story you might enjoy. All except the first paragraph was cut from the book, but this is a perfect time to smile about my dad's life, November 13, 1923 - December 9, 2012. Here it is, with the actual photo of the event. 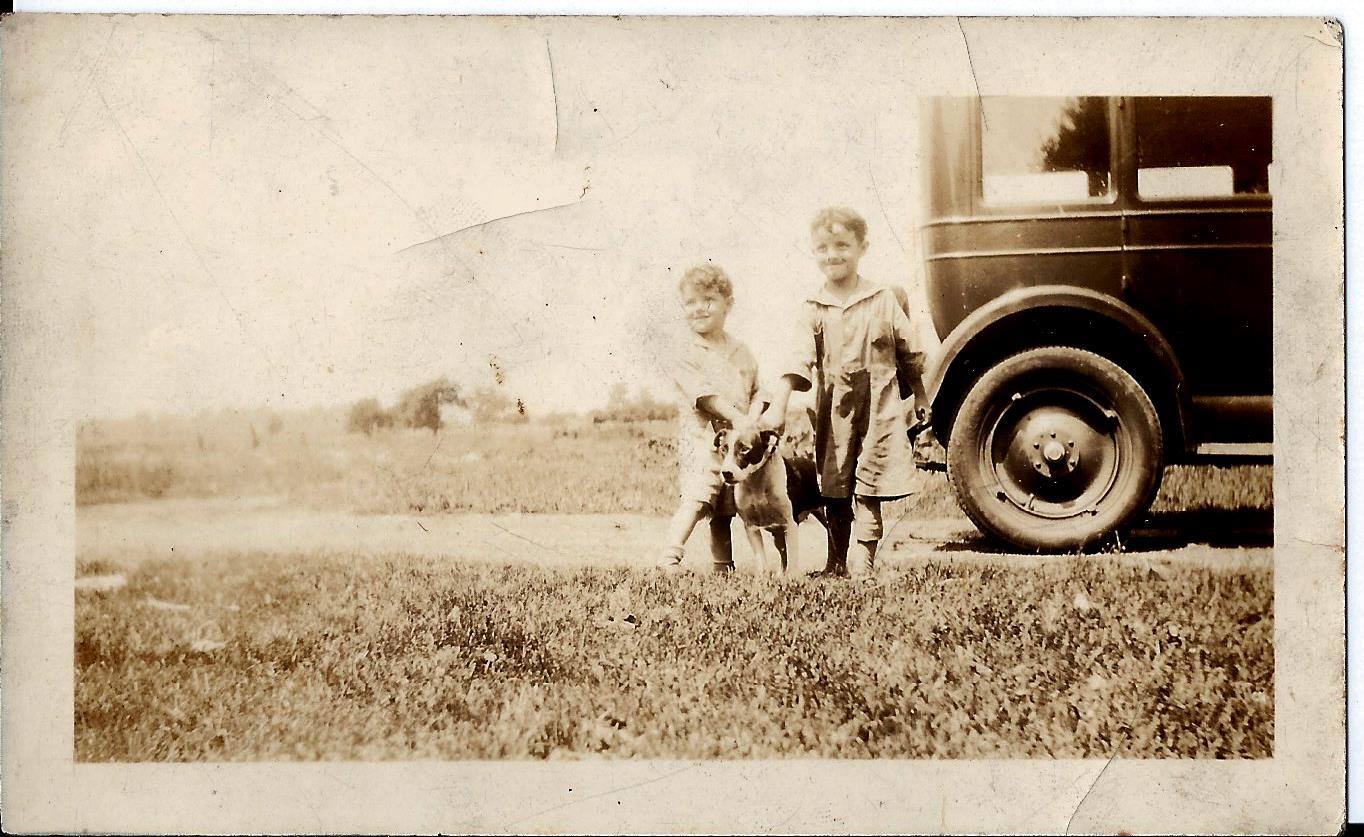 "We dropped Mom at the grocery store and Dad moved into the front seat for the ride to the lab for his blood test. I hadn’t washed the inside of the car windows before picking them up, and the sun highlighted all the slime from the dog’s nose prints. He stared at them then said, “It’s a message from Mica!” He read it slowly, as if deciphering canine language. “I love you Grampa.”“I’ll have to tell my sister that one,” he laughed. “When she called last week we talked about our dog. Did I ever tell you about Brownie?”

“No. I thought you weren’t allowed to have a dog.”

"We weren't, and we really wanted one. My mother thought they were to dirty....

But one day my brother and I were riding our wagon down the hill in front of the house, you remember that big hill?”

“Yeah, it was really steep. I loved watching the rain rush down it like a river, but I couldn’t skate or ride a bike down it. I was too afraid.”

“Oh, we rode everything down it. But then we also rode my bike down the steps of Stambaugh Auditorium. Anyhow, there we were, two in a wagon, sailing down the hill and a dog jumped right in. I mean it—he just jumped right in my lap! We thought it was a miracle. We took him home and called him Brownie. We were so mad at my mother when she said we couldn’t keep him. But my dad found his owners; they were in the hospital from a car wreck. They thought the dog was lost forever after their accident. We kept him until they got out of the hospital. That was our only dog.”

“How long did you have him?’ I asked.

“Five days,” he giggled, “but we always called him our dog. My dad found out the people were poor, and filled our car with food for them when we were taking Brownie home. When we got close to their house, Brownie jumped right out of the car window and ran to their door. Everybody was so happy, hugging and crying. They loved our dog.”the last three years, as their health had declined and my father had lost most of his sight, I had traveled back and forth from Washington to Florida with increasing frequency. Based on my undeniable history as a caregiver, I didn’t even question my role. From the beginning, I dressed my Tiny Tears doll in a warm coat to go outside and in snuggly pajamas for bed. I bathed, brushed, and tucked Bluey and Sugarfoot, my stuffed dogs, under the covers with their muzzles peeking out just enough to sniff fresh air.

(The abov e photo is of Brownie with Dad and his brother Nelson.)