While They’re Still Here received three acknowledgements in the Eric Hoffer Awards in 2019: a Finalist in the First Horizon Awards, An Honorable Mention in the Memoir Category, and included in the Short List for the Grand Prize. 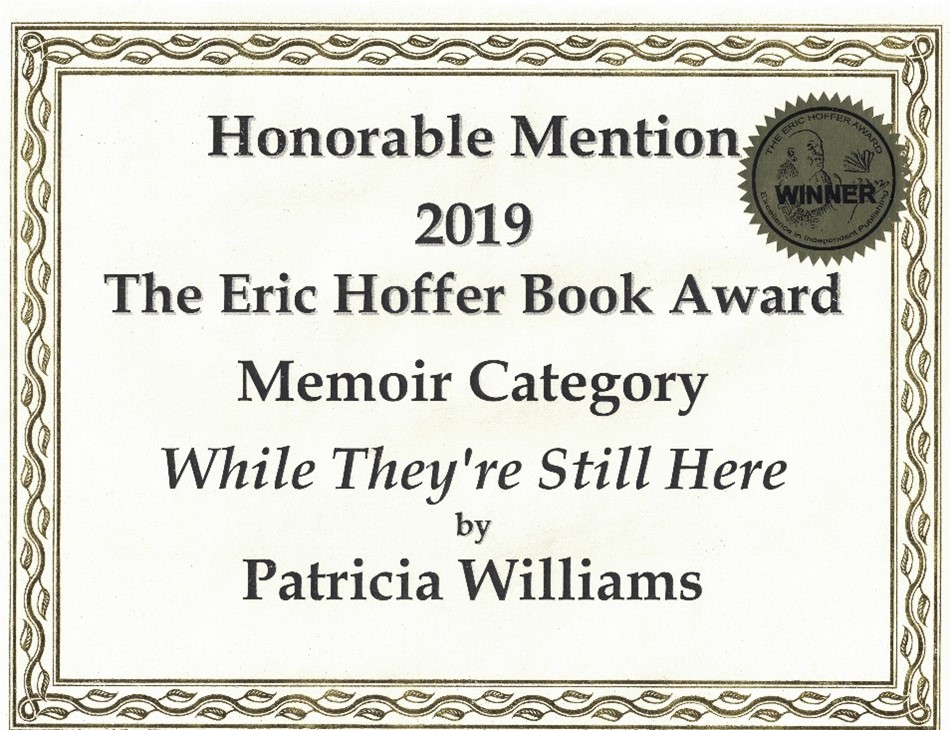 The Eric Hoffer Book Award honors the memory of the great American philosopher Eric Hoffer by highlighting salient writing, as well as the independent spirit of small publishers. Since its inception, the Hoffer has become one of the largest international book awards for small, academic, and independent presses. The First Horizon Award finalists are announced prior to the Eric Hoffer Award grand prize. This small list of finalists is an honored distinction of its own and is announced publicly during the spring of each award year.

From the Eric Hoffer Book Award committee for While They’re Still Here: “Again, congratulations on your success. The Eric Hoffer Book Award has truly become one of the top literary awards for independent books, involving over 1,900 books, 25 all-inclusive categories, and over 100 judges. Your book reached the upper 10% of registrants, which is quite an achievement.”